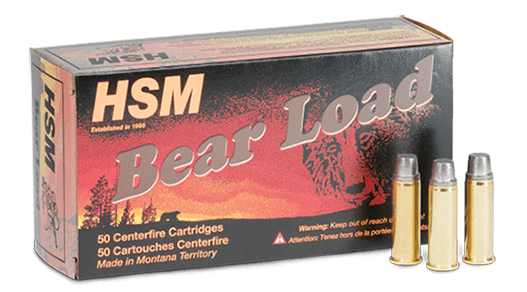 In territory that could prove to be treacherous in a heartbeat, it pays to be ever-vigilant and always ready. That's why HSM's exclusive Bear Load has been a most popular seller since its introduction in 2011. Each caliber's specially developed load has been expertly crafted from only the best of components. Hard cast, gas-checked (except 10mm Auto) heavy-for-caliber lead bullets precisely matched with temperature stable powders and primers, all housed in highest quality brass cases. Ever-vigilant—always ready.