The Right Rifle for This Fall

As October draws ever-closer, it’s time to start thinking about the rifle you’ll want to shoulder in crunch time. The western hunter has near-endless calibers to choose from, but these three old-school, standby calibers are time tested and provide a range of options for hunters. New rifle or old, these calibers are sure to get it done when the pressure is on.

.30-06 Springfield
Arguably the most popular hunting round ever created, the .30-06 Springfield is the most frequently purchased round in the United States, and for good reason. Since it’s introduction the U.S. Army in 1906, the cartridge has gained unequaled popularity and trust throughout the hunting community. The round has been used for decades on every game animal and in every situation imaginable, largely in part to it’s wide range of commercially available bullets; 110 grains to 220 grains. The .30-06 hits a bit harder than the .270, though it’s trajectory isn’t quite as flat at longer distances. Still an accurate rifle at medium-long ranges, the .30-06 is a solid choice for all but the heaviest of North American game, and gives hunters the ability to knock down larger game, like elk, while not damaging too much meat on smaller animals like deer. A good choice if you’re planning on packing one rifle for both deer and elk this season. 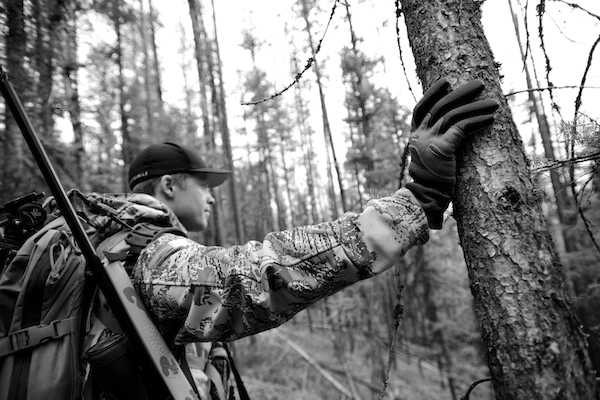 .270 Winchester
If you had the good fortune to talk to hunting legend, author and unwavering .270 advocate Jack O’ Connor before his passing, he would have testified that the .270 was the pinnacle of North American hunting rifles. When the .270 Winchester was introduced in 1926, O’Connor fell in love with the flat shooting rifle, and hunted sheep, antelope and deer with the rifle almost exclusively throughout his life. At the smaller end, 130 grain bullets fly quick and flat, ideal for mule deer and antelope in the open country of the west. The 150 grain is the larger of the two popular bullet sizes, and a little slower muzzle velocity with the bigger bullet delivers plenty of muscle to knock down black bear and elk.
Magnum-minded hunters dissuade the use of the cartridge, and argue that it doesn’t have the power for North America’s larger game. Craig Boddington, decorated Marine and respected outdoor author, disagrees.
“Today I tend to think Jack O’Connor had it right so many years ago. The .270 is very close to ideal for the mountain game he loved to hunt, equally ideal for most deer hunting, and indeed it is plenty of gun for elk,” he writes. 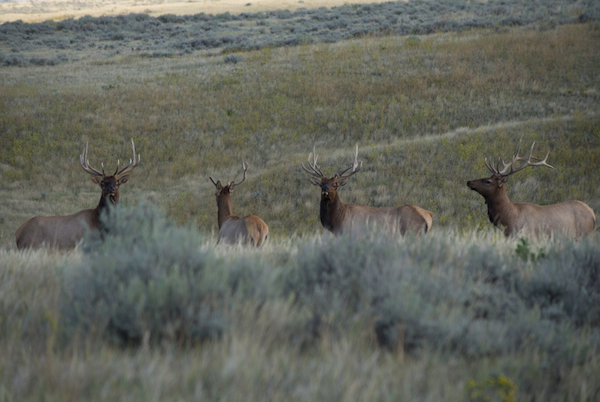 Third (but not last) on the list of time tested big-game rifles is the .308 Winchester. Introduced in 1952, the .308 rapidly became the most popular short-action big game rifle in the world, and is also popular among police sharpshooters and military snipers. Generally speaking, the cartridge has a slightly slower muzzle velocity than the .30-06 and .270, which accounts for a little more bullet-drop at longer ranges. The .308 is a hard hitting and super-accurate rifle out to extended ranges, which accounts for it’s rapid and widespread popularity. As a hunting rifle, it consistently provides ample knock-down power for tough animals like elk and black bear, while being flat shooting enough to take down antelope and deer at further yardages.

Partnered with Berger Bullets, HSM’s Trophy Gold Extended Range ammunition mixes match grade accuracy with the knockdown power of a top-grade hunting bullet. Berger bullets bring their long range accuracy and competition reputation to the table, and a slight modification to the jacket turns the bullet into a deadly hunting round without affecting the accuracy. Designed to penetrate the tough skin of western game and then fragment, the Trophy Gold ammo allows for quick, accurate kills at longer ranges and is available in several different options for the .30-06, .270 and .308 calibers.

While not the newest calibers on the market, the above mentioned calibers are some of the most tried and true big game throughout the state, and country. Accuracy is key. Regardless of bullet weight and rifle choice, make sure you feel confident in whichever rifle you take to the field this fall. Practice realistic shots at the range, and always check your rifle prior to opening day. After all, you can’t kill that bull if you can’t hit him.