Trucks loaded and wheels rolling, we left town around 8:30 a.m. headed for the mountains of western Montana.  This would be my first spring spent in pursuit of the elusive black bear. 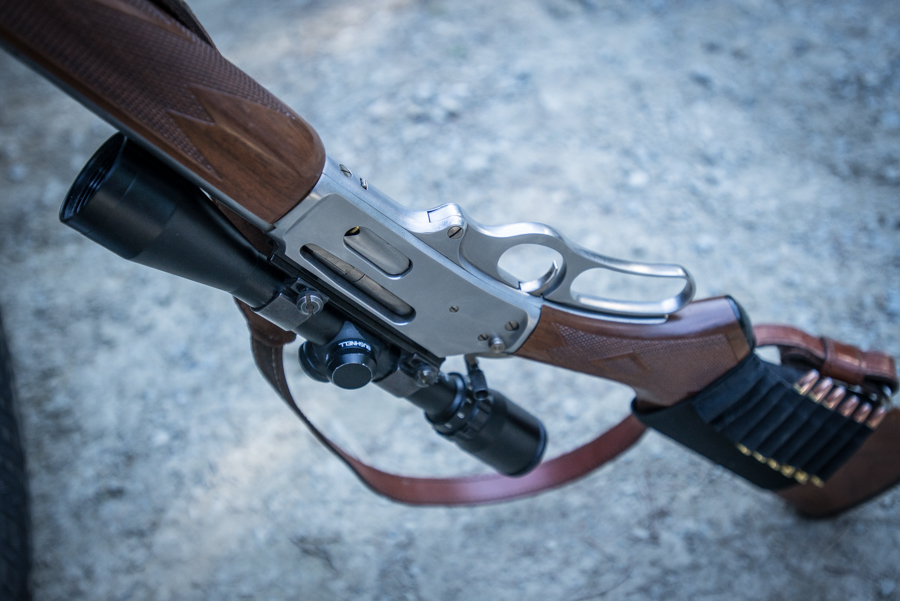 I decided I was going to try and fill my black bear tag with my very first gun.  A Marlin .30-30 I had gotten when I was a young ten years old.  This gun means a lot to me, growing up in Tennessee I spent many early mornings clutching it while waiting for those elusive whitetails.  Taking down my first bear with my .30-30 would be extra special.  I had my rifle sighted in with HSM 150 grain Flat Points, and I was interested to see the damage they would do on a bear.

Since this was my first time out bear hunting I was trying to learn as much as I could from the rest of the hunters at bear camp.  I quickly found out that black bears like fresh green grass shoots, mainly in openings or along logging roads, since they are the first to turn green. Bears need water and cover nearby, so they can get a drink or disappear quickly if need be.  We finally found all of the above in a secluded basin, and that’s where we saw a majority of the bears during the trip. 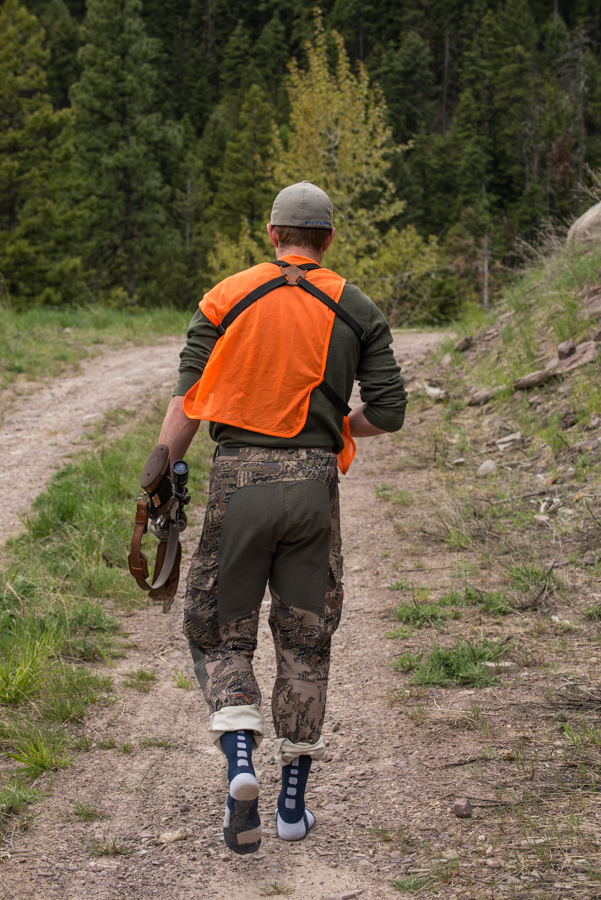 After many days of glassing, we finally found a stalkable bear on an old dirt logging road.  Sock footed we crept after him, adrenaline pumping.  He went around a bend in the road and vanished into thin air.  Still it was a great first bear encounter for myself.

On the final afternoon we spotted a nice boar in the last hour of light and took off towards him.  Stalking conditions were tough though, a bunch of blowdown and bone dry sticks covered the forest floor.  Twigs snapped and popped underneath our boots as we drew near the clearing where the bear was.  With swirling winds the stalk didn’t go as planned.  As we slipped out into the opening we had low expectations of seeing the boar.  The bear had picked a good meadow to hang out in, almost impossible to kill. We accepted defeat and trekked into the dark back to our truck. 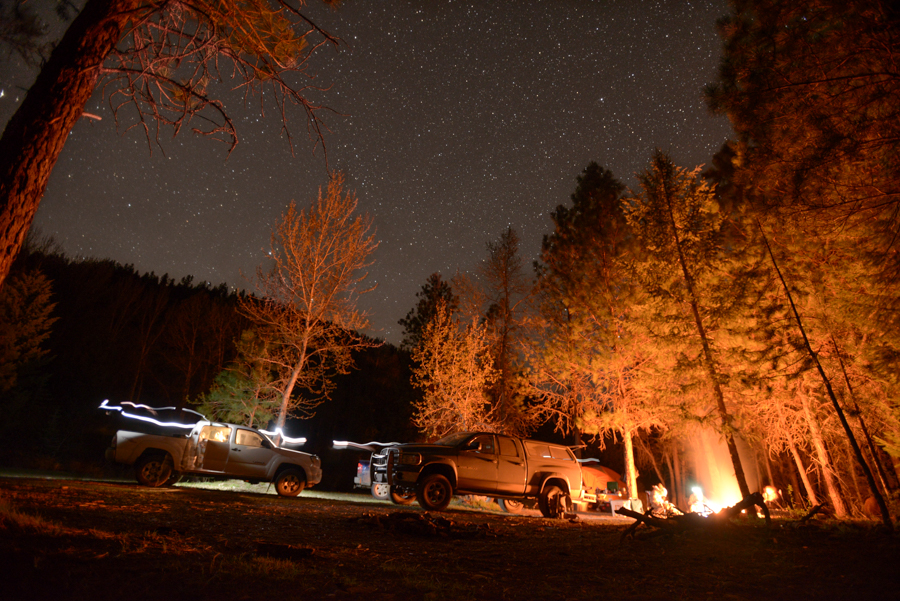 If hunting wasn’t a challenge then the reward of filling your tag wouldn’t feel as good.  You’ve got to put in the time to receive a prize.  Although no tags were filled, time spent in the mountains is never time wasted.  Eleven bears were seen on the trip, and good memories were made.  The season isn’t over yet. There’s time still for me to use my .30-30 to tag my first bear, and I plan to do so.  TO BE CONTINUED…