The rain fell steadily as we trekked uphill. Soaking wet deadfall and moss-covered sticks made the climb to the logging road challenging, but by the time we reached the road the rain had all but ceased.  It was around 4:00 p.m. as we began scanning the surrounding trees in search of bear, but the sparse timber and grass covered openings turned up nothing. 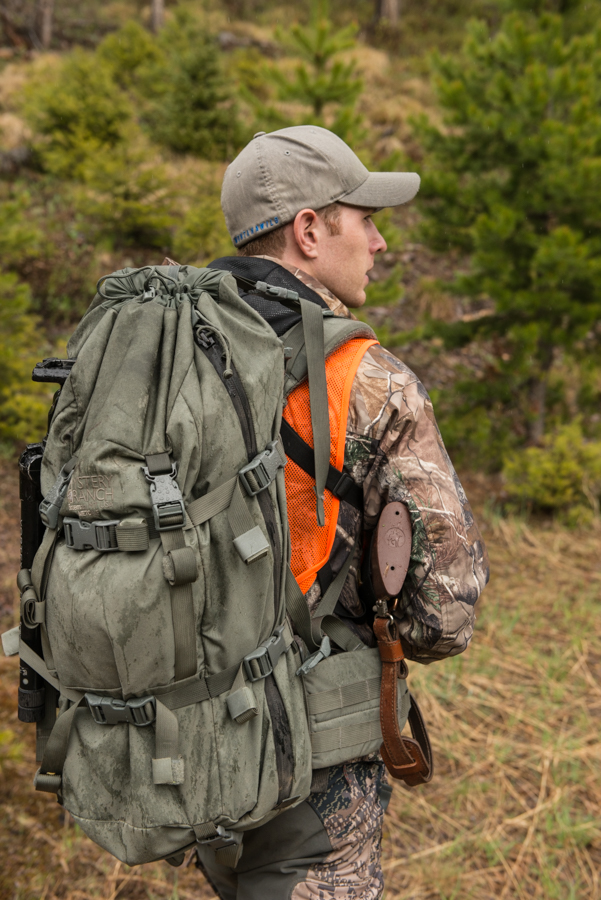 About a half mile in, we had yet to see any bear sign.  We trudged on. 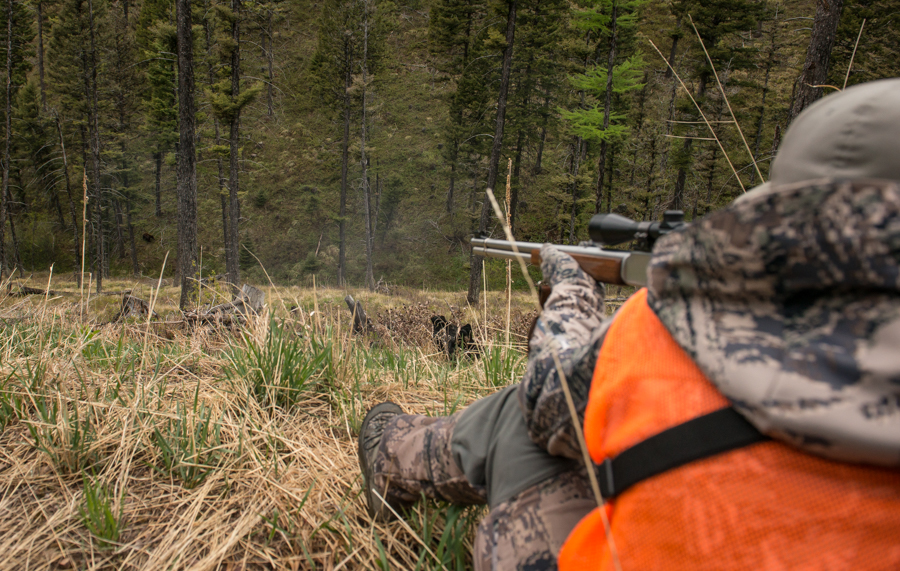 Suddenly Travis froze, “Bear!” he hissed.  My heart began to beat rapidly as I moved into position, clutching the rifle tightly.  Before I knew it my gun had been discharged, and my Montana black bear tag was filled.

My knees began to shake as it hit me that I had just shot my first black bear, and I had done it with my trusty old .30-30.  I couldn’t have been happier as we made our way toward the bear. 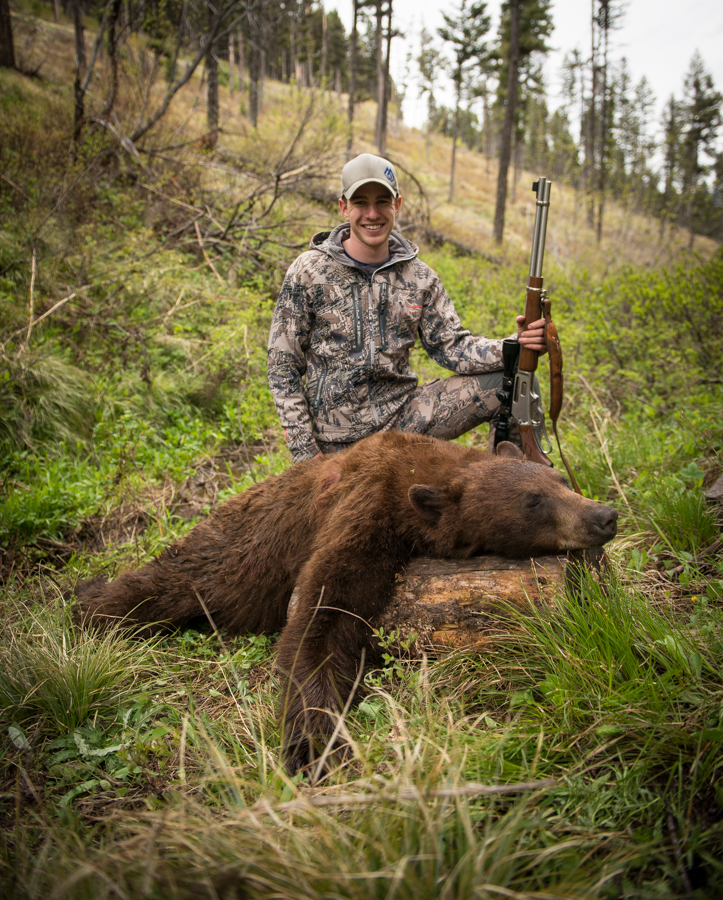 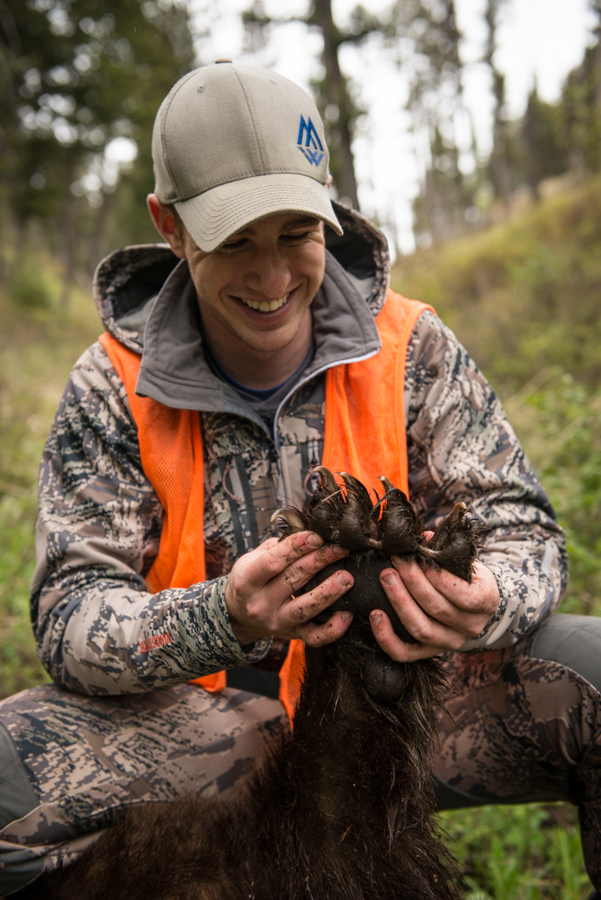 His coat was a beautiful chocolate color with a small white patch on his chest.  Just an all-around pretty bear.  We set to work on him and before long we had the meat and hide strapped to our packs and were making the mile and a half hike back to the truck.  The stars were just beginning to shine. 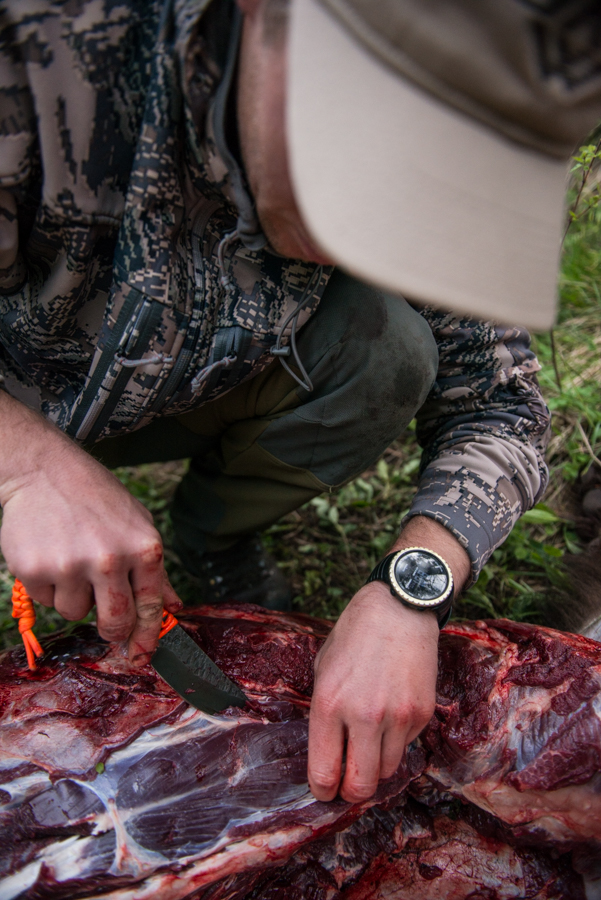 It was special for me to kill my first bear with my .30-30, a gun that means so much to me.  That rifle has quite a few memories in it, from me as a ten year old kid shooting my first deer with my dad beside me, to several solo hunts – some successful and others not – and now here in Montana with new friends and new memories ahead.  So here’s to the sport of hunting and the wild places it takes you, may your memories always be grand. 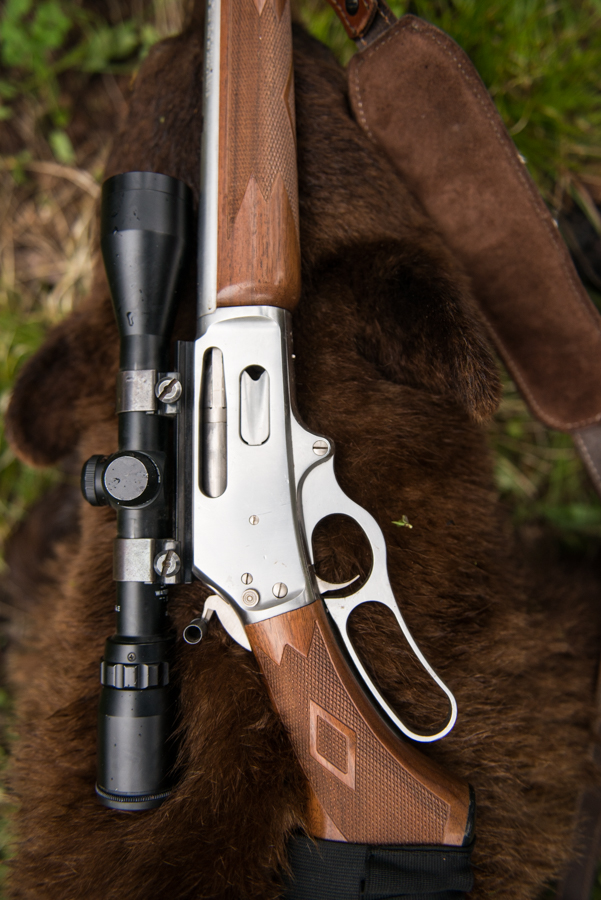